Eligible Companies looking to establish a new presence in Virginia are offered a modified state corporate income tax and potential access to a grant or loan from the Commonwealth’s Opportunity Fund (COF). Eligible companies in traded sector industries that have no payroll or property in Virginia prior to January 1, 2018 will pay zero percent (0%) corporate Virginia state income tax on the income associated with their new Virginia presence. To be eligible the company must on or after January 1, 2018, but before January 1, 2025, either (a) spend at least $5 million in new real property capital investment in a qualified locality and create at least 10 new jobs in a qualified locality, or (b) create at least 50 new jobs in a qualified locality. Each new job must pay at least 150% of the Virginia minimum wage. The tax benefits will be available to eligible companies for six years. Access to the COF will depend on a variety of factors when the business becomes an eligible company, including a return on investment analysis and the availability of funds in the COF, but will not exceed $2,000 per new job per year for six years, which funds must be split between the eligible company and its employees.

Virginia offers an exemption from corporate income tax, and up to $2,000 per new job, for companies with no employment or property in the state prior to January 1, 2018 and that meet statutory investment and employment requirements.

At the discretion of VEDP, jobs may include teleworking positions, held by Virginia residents, who are employees of the recipient company or its affiliates.

Companies receiving benefits from the New Company Incentive Program are expected to distribute, or expend at the direct benefit of employees, at least 50% of the proceeds to employees.

The application is expected to include: 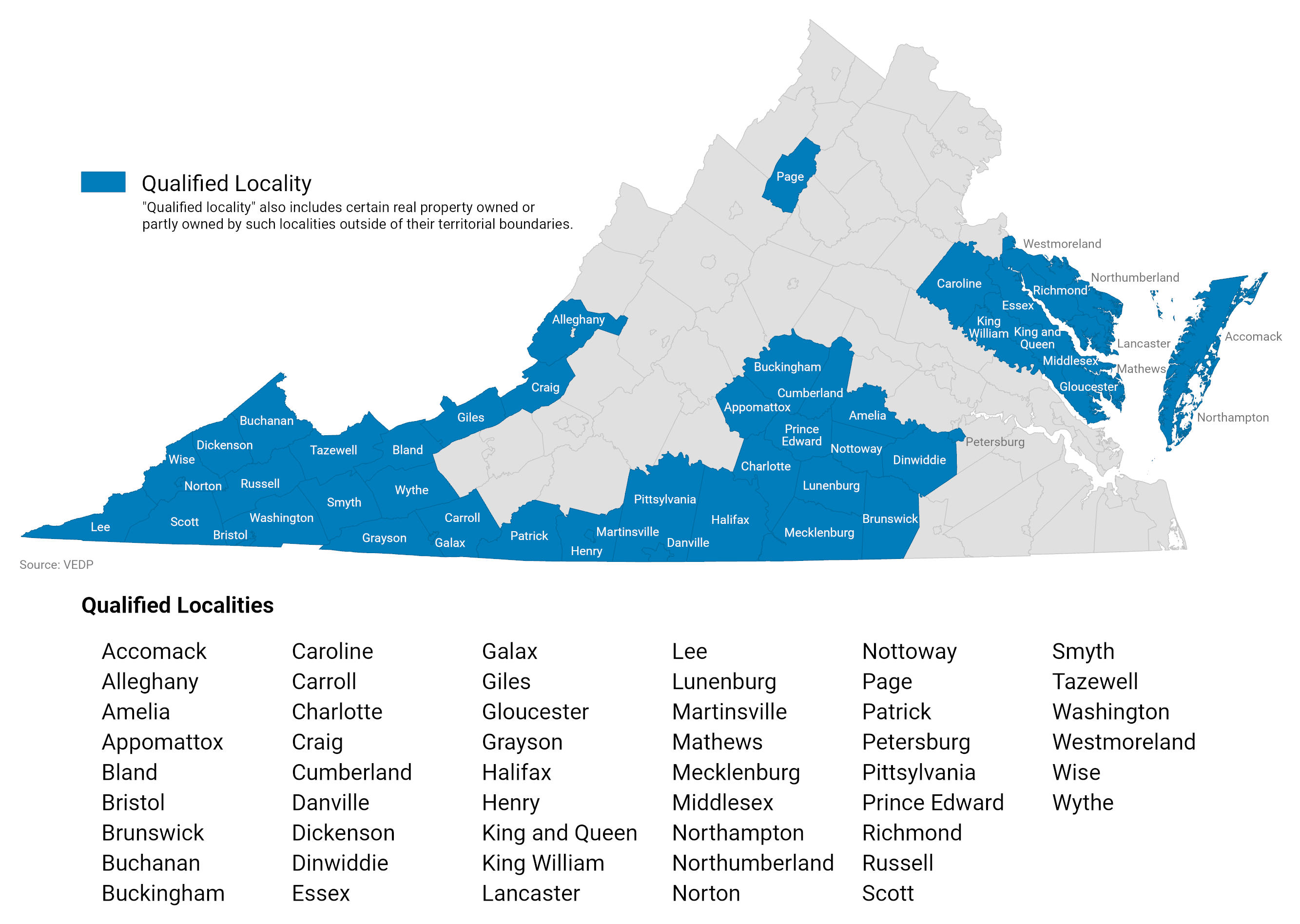