The Virginia Enterprise Zone (VEZ) program is a partnership between state and local government that encourages job creation and private investment. VEZ accomplishes this by designating Enterprise Zones throughout the state and providing two grant-based incentives, the Job Creation Grant (JCG) and the Real Property Investment Grant (RPIG), to qualified investors and job creators within those zones, while the locality provides local incentives.

The RPIG is available to investors that are undertaking rehabilitation, expansion, or new construction projects within the boundaries of an Enterprise Zone.

The building or facility must be:

The following entities are prohibited from applying for the RPIG:

Grants are awarded in five-year periods beginning with the first qualification year in which a grant was awarded for the subject building or facility. After the conclusion of a five-consecutive-year period, the property begins another eligibility period and the grant cap is restored.

By statute, Job Creation Grants (JCGs) receive funding priority over the Real Property Investment Grants (RPIGs). The remaining funding in the annual appropriation after JCGs are disbursed is then utilized to fund RPIGs. In grant years in which RPIG requests exceed the available appropriation, grants will be prorated. In the grant year 2020, grants were funded at a prorated amount of approximately 88 cents per dollar requested. In the grant year 2021, there was no proration and zone investors received the full amount for which they qualified.

Proration will be applied to the calculations below to calculate a company’s RPIG award.

A company locates in a building within an Enterprise Zone and invests $500,000 in a renovation. After taking into account the $100,000 threshold for rehabilitation/expansion projects, the company could be eligible for up to $80,000 (subject to proration).

A company builds a new building within an Enterprise Zone and invests $6,000,000 in its construction. After taking into account the $500,000 threshold for rehabilitation/expansion projects, the company could be eligible for up to $200,000 (subject to proration). The calculation yields a higher number than the eligible award, but due to the $200,000 cap on projects over $5 million, that is the maximum award a company could achieve. 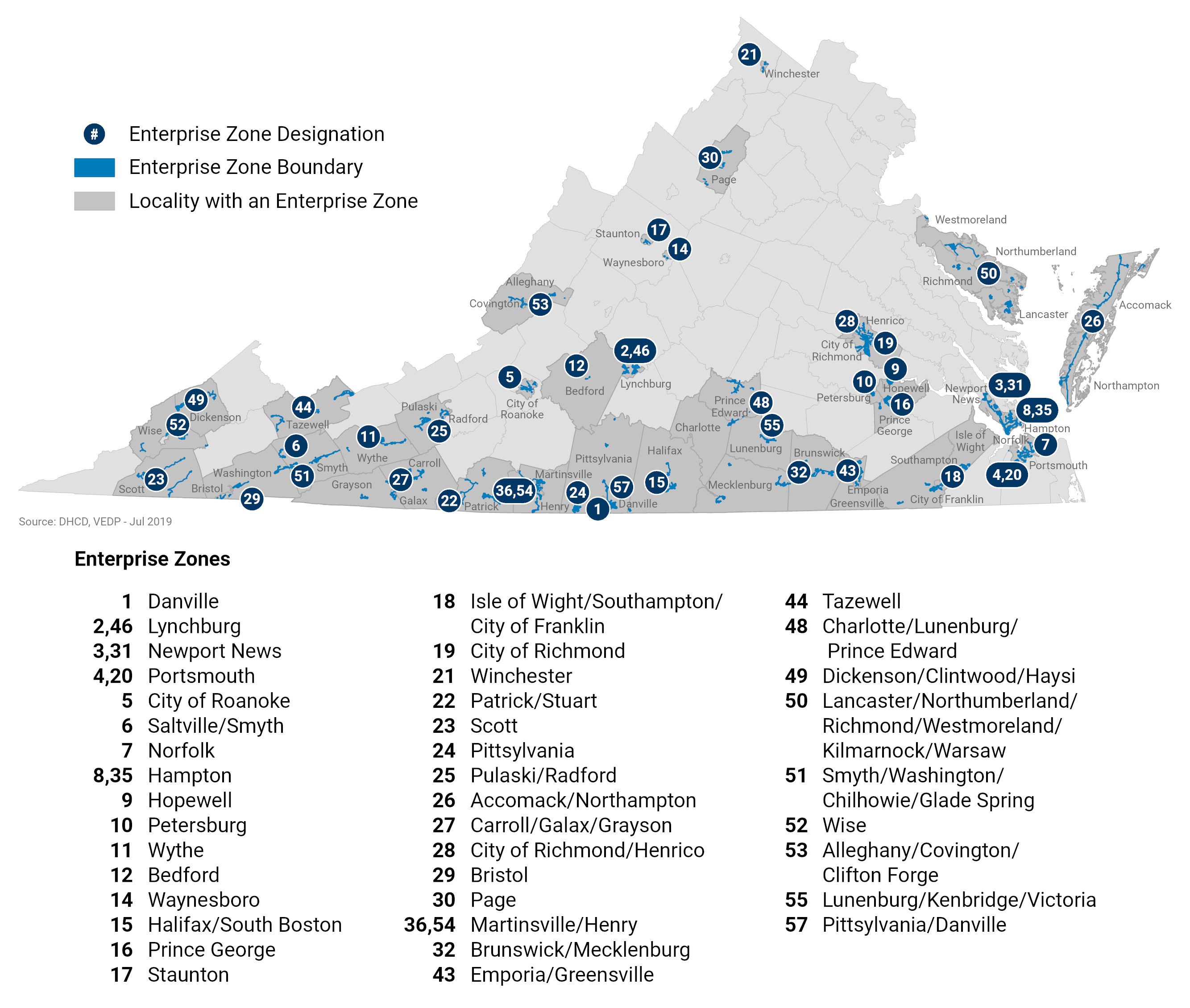 If a company’s investment exceeds the amount needed to max out the award, must the company report all investments and have them attested to?

It is recommended. If the company is working toward the $5M threshold to unlock a second $100,000, then the company would need to have reported all expenses with the first application. If the company only reports $2M of a $4M project, it may not go back and report those additional expenses if it makes later investments that would put it over the $5M threshold. In addition, reporting the full QRPI allows DHCD to collect a more accurate picture of how much investment is being leveraged through the grants.

If a company received a CO in 2022, but some of the expenses were incurred in 2021. Are they eligible?

It may qualify, but not for grant year 2022. Applications must be submitted for the Grant Year in which they received their final Placed-In-Service documents. Therefore, the applicant in this example would need to apply for GY 2023 (applications accepted in 2024) after it receives the final Certificate of Occupancy or equivalent documentation.

If a company received invoices after they received their Certificate of Occupancy of Final Building Inspection, do the expenses qualify?

These expenses may still qualify. But the invoice documents should indicate the work was completed prior to the CO date, and the CPA should ensure these expenses meet all other qualifications.

What if a company received two COs on the same property in the same Calendar Year?

What if a company received two COs on the different properties in the same calendar year?

Grant caps are based on the property, not the investor. An investor may qualify for a grant for more than one property in the same grant year.

What if a single investor owns multiple properties that are adjacent in a downtown area, and they are operated as separate buildings with separate tenants?

They would be considered separate buildings. Facility status is not only determined by proximity, but also by building use, management, and association.

What if an investor owns two adjacent properties that he is redeveloping into offices for a single company?

This would be considered a single facility, because the buildings are associated by management, use, and proximity. They are effectively being used as a single office facility.

Yes, they are commercial.

Do hotels and bed & breakfasts qualify?

Yes, hotels do qualify. B&Bs can qualify so long as they are not in a residential home. If there is a permanent resident/innkeeper at the B&B, contact DHCD to discuss qualification.

Is Form EZ-RPIG-Multiple Owner required if the applicant is an entity that has multiple owners?

What if a company constructed a new building at an existing facility?

This would be considered an expansion of the facility, not new construction.

What if a company demolished an existing building to rebuild?

This would most likely be considered new construction, unless a usable portion of the demolished building remained on the site.

Are architecture and engineering costs eligible?

These are considered soft costs and therefore are not eligible expenses – even when required by the locality.

How would utilizing Historic Tax Credits impact a company’s qualification?

HTCs are not mutually exclusive with RPIG. They do not impact the investor’s eligibility or otherwise eligible expenses.

Can the contractor on the project complete the third-party inspection?

The contractor on the project is not a third party due to their involvement. The locality will determine who can do the inspections, and it will typically be a Class A or B contractor.

Caps are based on funds received, not funds requested. Therefore, if the investor received $73,000 in Year 1. They would still be eligible for $27,000 between Years 2-5. However, they would need to re-qualify and meet the threshold with new expenses in Years 2-5.

DHCD predicts that RPIG awards will be subject to proration during this application cycle, but has no way of predicting the depth of the proration. Proration is based on the total allocation, the number of applications, and the size of the requests.

If you have additional questions, submit them to ezone [at] dhcd.virginia.gov.