Virginia offers an unparalleled talent base with one of the largest concentrations of tech workers in the country supplied by the Commonwealth’s leading higher education system, which develops a robust pipeline of talent to meet companies’ needs.

Virginia’s combination of access to talent, connectivity, and livability is hard to match. Virginia’s diversity offers choices for a company choosing a new headquarters location. Headquarters in Virginia mostly concentrate in the Commonwealth’s larger MSAs in Northern Virginia, Richmond, Hampton Roads, and Roanoke.

Northern Virginia is part of the Washington, D.C. MSA, the largest producer of tech talent in the country. NOVA is one of the country’s most diverse and international regions, providing residents vibrant, cosmopolitan communities to call home. Real estate options range from greenfield sites in Loudoun and Fairfax to skyscrapers perched atop the Potomac River with views of the nation's capital. In November of 2018, it was announced that Amazon will invest $2.5 billion to establish a major new headquarters in Northern Virginia, which will employ at least 25,000 people within 12 years. The headquarters will be located in National Landing, a joint site in Arlington County and the City of Alexandria.

In Richmond, a company will find a thriving, dynamic, revitalized metro with a rich culture, historic sites, an attractive lifestyle, a lively art scene, and a large corporate community for a region its size. The Greater Richmond region has several potential sites that are suitable for corporate headquarters. Options range from downtown high-rises along the James River to suburban, master-planned office parks.

Hampton Roads, an inclusive, historic region in southeastern Virginia, boasts 2,600 miles of shoreline and a rich quality of life enjoyed by 20% of Virginia’s population. Hampton Roads is home to world-class port facilities, major military commands, and diverse real estate. Options range from Fort Monroe, a scenic and historic location surrounded by water, to a 300-acre greenfield property near the Port of Virginia in Suffolk, to an urban campus minutes from the beach at the Virginia Beach Town Center.

The Roanoke region is the largest metropolitan region in western Virginia. Residents enjoy a thriving outdoor culture that includes the Appalachian Trail, Blue Ridge Parkway, James River, and Smith Mountain Lake. The region is home to 600 miles of trails, 22 miles of urban greenways, 24 rivers and creeks, 300,000 acres of national forest, and the 2nd-largest municipal park in the United States (Carvins Cove). Class A office space is available in the region, including locations in downtown Roanoke. 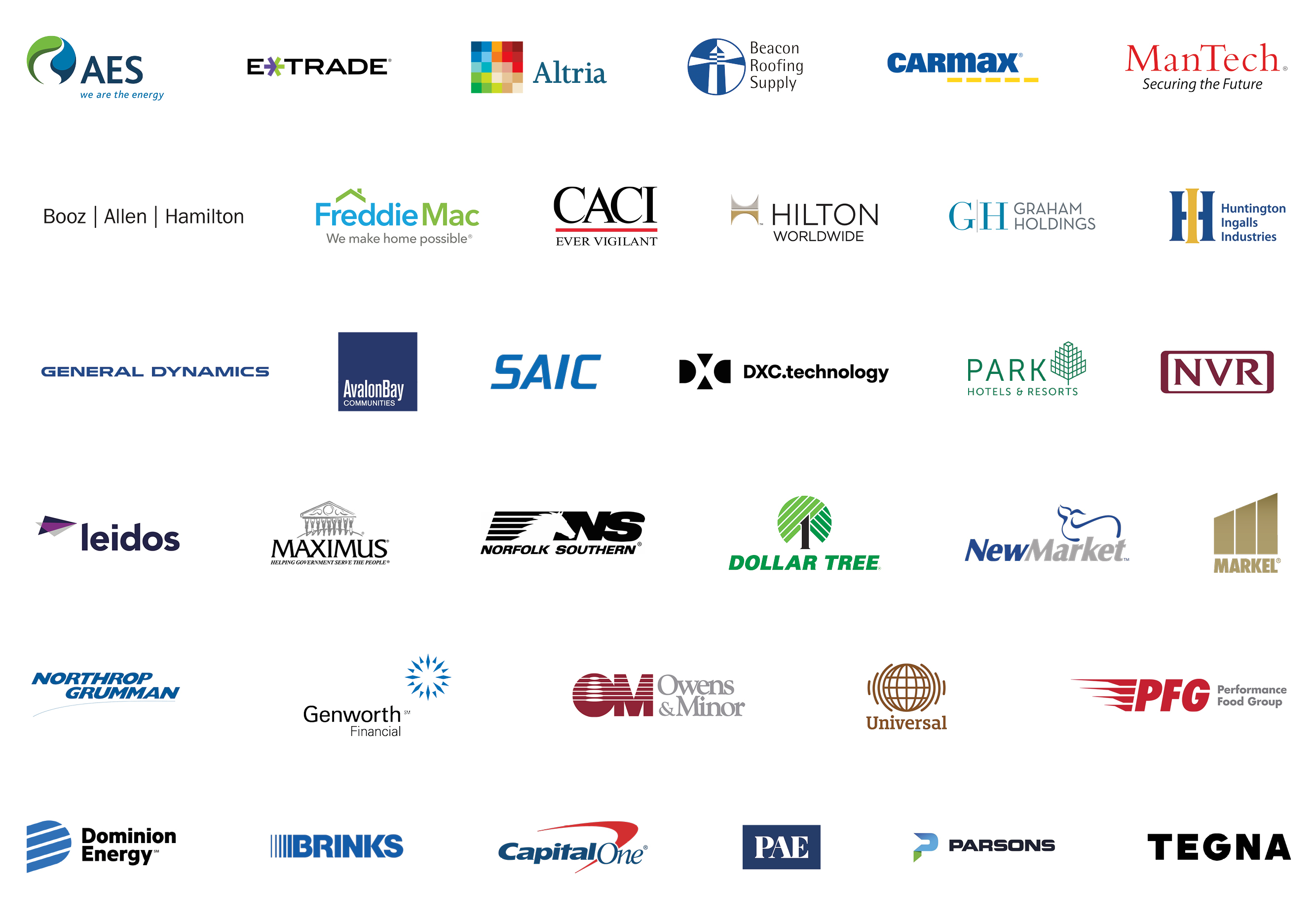 Virginia’s K-12 system prepares students from a young age for success in a modern economy. The Commonwealth’s leaders have made access to STEM education a priority for students.

Virginia’s existing talent base is substantial and diverse for new headquarters operations entering the state.

90.1% of Virginians have access to broadband 100mbps or faster
BROADBANDNOW, 2019

Virginia is a leader in digital and physical connectivity, linking headquarters to customers and data worldwide.

An early pioneer in internet technology, Virginia has the largest concentration of data centers in the world and the digital infrastructure to support that concentration.

Virginia’s physical connectivity allows access to customers and world-wide destinations from a company’s base of operations.

Virginia is known for its world-class post-secondary education system that provides a robust pipeline of new graduates from local and regional universities. Building on our existing educational assets, Virginia provides a stable talent pipeline to support a company’s growth plans.

The Commonwealth provides students high-quality education from some of the nation’s best schools at the cutting edge of technology and science, critical thinking, business skills, and advanced degrees to serve the many skill sets needed for a headquarters location.

Virginia’s colleges and universities are providing a pipeline of talent in functions typical for a corporate headquarters operation.

Virginia schools graduated an additional 8,500 degrees through online programs in these same areas, with many recipients residing in Virginia.

Virginia’s high concentration of tech talent is being replenished annually by college graduates with IT degrees.

Virginia schools graduated an additional 3,400 degrees through online programs in these same areas, with many recipients residing in Virginia.

We have chosen Fairfax County, considered the East Coast center of technology innovation, for its proximity to the nation’s capital, a vibrant business community, access to several international airports and Metro’s Silver Line, and an incredibly diverse and highly educated workforce.

Virginia is consistently ranked as a top location for business, and boasts a stable pro-business climate. Virginia’s strategic location in the Mid-Atlantic, low costs for operations, renowned talent, and robust infrastructure are the reasons many U.S. and international companies call the Commonwealth home. In addition, a Virginia location offers companies close proximity to the federal government and regulatory agencies.

Virginia offers a welcoming business climate for companies and is recognized as a top ranked state for business, coming in at No. 1 by CNBC and No. 4 by Forbes.com in their annual best states for business rankings.

Incentives are available for major corporate headquarters projects, including:

After an arduous selection process that spanned 20 cities, Nestlé USA announced it would establish its U.S. headquarters in Arlington County, creating 748 new jobs.

In need of two sites and two workforces, Virginia presented Lidl with the best business case to successfully compete.

Ferguson had grown from a local distributor to the nation's leading distributor of residential and commercial plumbing supplies, and still needed to grow its team by hundreds of employees to keep up with its growth.