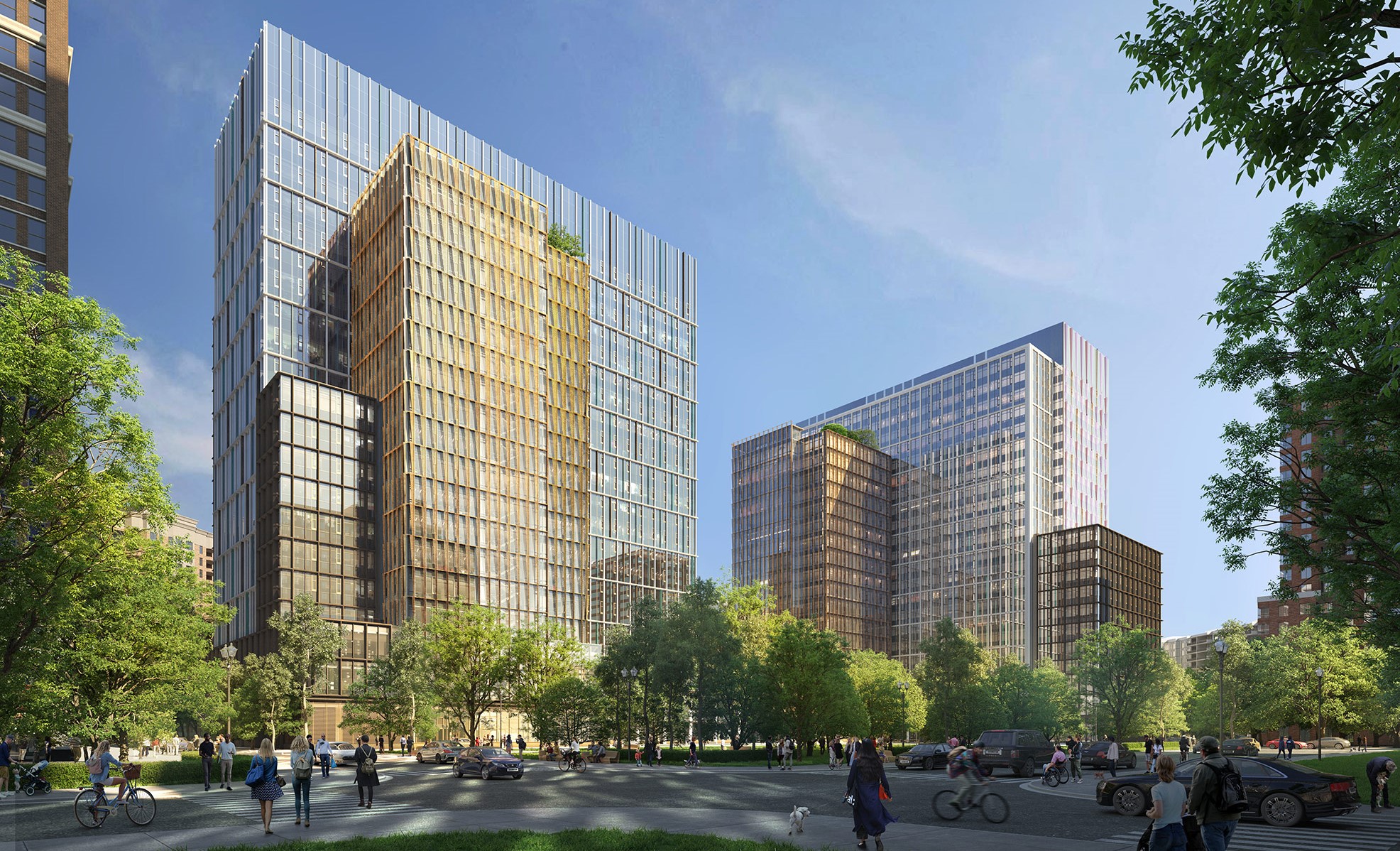 The Commonwealth already boasts the highest concentration of tech workers in the nation, with Northern Virginia serving as the hub. Tech talent represents one of Virginia’s greatest assets as well as its No. 1 opportunity for job growth, and the Commonwealth devised a plan to bridge the gap and build for the future: Virginia’s Tech Talent Investment Program (TTIP).

Virginia committed $1.1 billion to more than double the annual number of graduates in computer science with bachelor’s and master’s degrees in computer science and related fields, ultimately resulting in more than 32,000 additional graduates in excess of current levels. This pipeline will benefit not only Amazon, but also represents a critical source of tech talent for hundreds of existing Virginia employers, such as Alarm.com, Appian, Capital One, CGI, and Northrop Grumman.

Fifteen Virginia universities will share state funding over the next two decades for the expansion of their degree programs and construction of new facilities, training the next generation of tech talent in the Commonwealth. The investment is a multi-pronged approach, providing performance-based assessments for bachelor’s and master’s degrees, supporting the associate’s tech degree pipeline in community colleges, and investing $50 million over 20 years in K-12 STEM education and internship programming to connect students to tech jobs, fueling a robust talent pipeline for years to come. 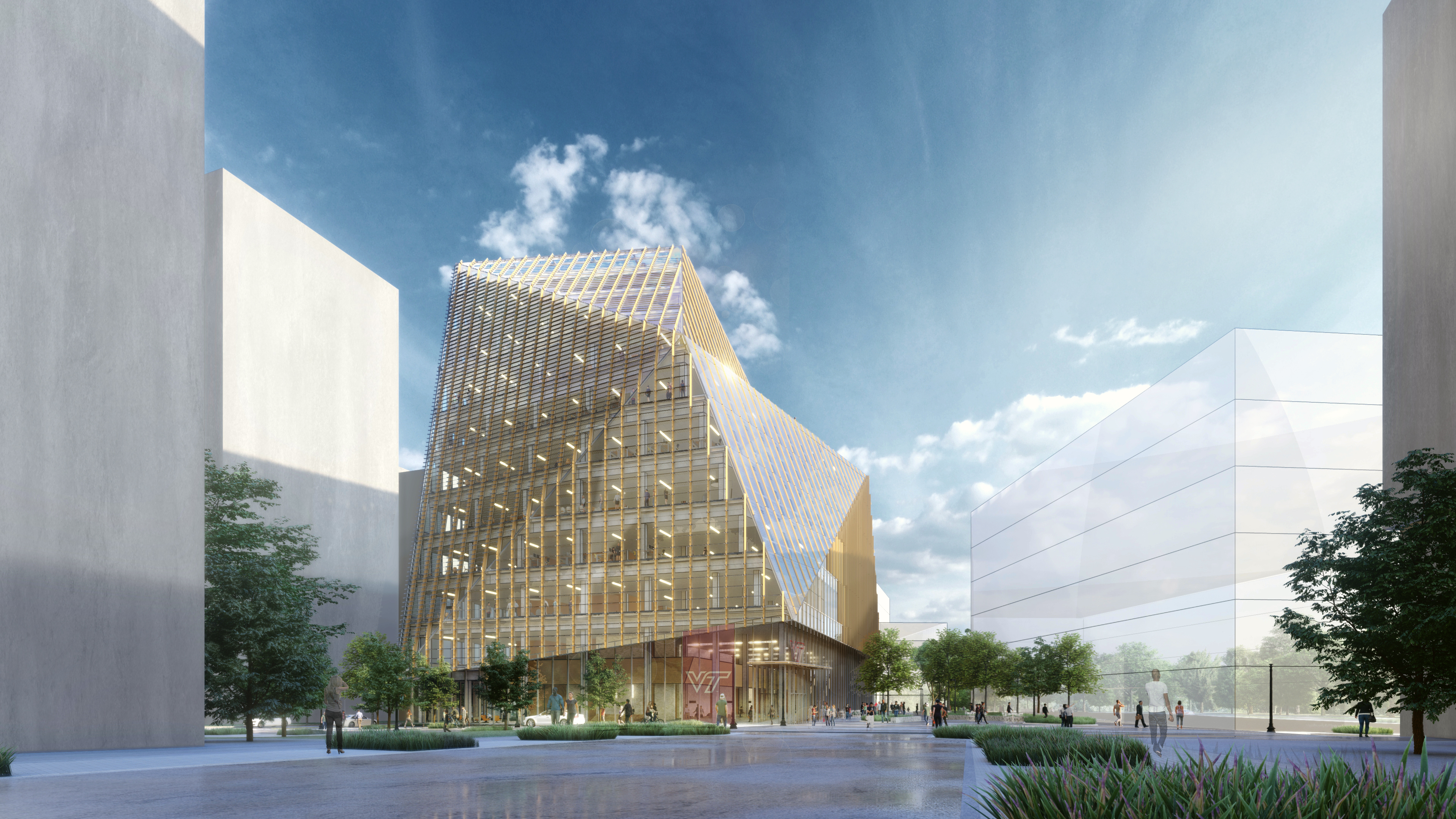 Virginia Tech’s $1 billion, 1 million-square-foot graduate Innovation Campus focused on technology positions the university and its future partners near the nation’s capital, diverse industries, and leading tech companies, including Amazon. Construction on the Alexandria campus’s first academic building, a 300,000-square-foot, 11-story gem-shaped structure, began in September 2021 and the new facility is set to open in fall 2024. Plans call for Virginia Tech to build two additional 150,000-square-foot buildings as the campus grows. The total number of current Innovation Campus graduate students is approximately 190, and the campus will enroll 750 master’s candidates and hundreds of doctoral students and postdoctoral fellows when complete.

George Mason University is also expanding to establish the Institute for Digital InnovAtion and a School of Computing in a 360,500-square-foot building on Mason’s Arlington campus with the goal to add 15,000 more computer science and engineering graduates during the next two decades. The new building is targeted to open in summer 2025. The University of Virginia is establishing a School of Data Science endowed by a $120-million private donation—the largest private gift in the institution’s 200-year history. The new school, which broke ground in October 2021, will integrate the university’s Data Science Institute, which was established in 2013 to conduct research and grant graduate degrees. These investments and partnerships in higher education will train the next generation of tech talent in Virginia, and represent a new model of economic development.

TTIP will also position communities across the Commonwealth for healthier, more diversified economic growth. In addition to the 25,000 direct jobs Amazon will create, the Commonwealth estimates the creation of more than 22,000 permanent, direct and indirect jobs in Virginia. Roughly half of the employment is expected to be in tech positions, with a particular focus on software development, engineering, machine learning and artificial intelligence, user experience design and user interface design.

The primary driver of this entire project was talent. Not just day one talent, but the opportunity to evaluate a talent pipeline.

Set to be completed by 2023, HQ2’s first phase of development is under construction. The Metropolitan Park campus entails two 22-story LEED-Platinum office buildings encompassing 2.1 million square feet, 50,000 square feet of ground-floor retail space, and a 2.75-acre public park. The development will be powered by electricity from a new, 45-megawatt solar farm currently under construction in Pittsylvania County, Virginia.

Phase two of HQ2, PenPlace, will be located on a 10.4-acre site in Pentagon City and ultimately include 3.2 million square feet of office development across four buildings, including its centerpiece dubbed The Helix — a distinctive double helix structure with two walkable paths of landscaped terrain spiraling up the outside of the 370,000-square-foot building that will feature plants that could be found on a hike in the Blue Ridge Mountains of Virginia. PenPlace will also feature 2.5 acres of open green space that will flow around the base of the Helix and connect all four of the 22-story towers. The $2.5 billion PenPlace campus, scheduled to open by 2026, is expected to include 100,000 square feet of retail across 12 storefronts, a 20,000-square-foot community center, a 250-seat public amphitheater, dog run, and underground vehicle access.

Access to tech talent was a critical site selection factor, and hiring for HQ2 is well underway. As of November 2021, more than 3,500 employees have been hired, with 2,500 corporate roles open. Amazon plans to fill its campuses with at least 25,000 total employees.

The hiring and the talent pipeline is exactly what we’d hope it would be. There’s no shortage of applicants and great people to choose from.