ADP’s Decision to Open an Office in Virginia

With a number of business units operating throughout the Northeast, ADP saw the opportunity to centralize certain operations in one location as a way to improve efficiency, increase cohesion, and maximize resources. The global provider of cloud-based human capital management solutions wanted an urban space that could accommodate its needs and attract a strong pipeline of talent.

Enter the City of Norfolk.

The City of Norfolk, with its walkable downtown, public transportation offerings, affordable housing, and entertainment options, has attracted millennials in full force. Today, residents between the ages of 20 and 34 make up the largest age group in the city. Long known for being home to the world’s largest naval station, Norfolk annually absorbs exiting military into its workforce, while also benefitting from the local higher education system. Seven colleges and universities and four community colleges are within an hour’s drive of downtown, allowing ADP close proximity to new graduates who want to remain in the Hampton Roads region.

In addition to boasting ADP’s target workforce, Norfolk could offer a state-of-the-art office building to accommodate ADP’s needs at a competitive price. Set just steps from the Harbor, the nearly 300,000-square-foot facility at 2 Commercial Place has the space and layout ADP officials envisioned for its regional customer service center. The former bank building’s prestige and location in the heart of the city was the right fit.

We chose to locate a new facility in Norfolk because of the thriving business climate in the city and Commonwealth. We have the opportunity to attract a diverse workforce that will make significant contributions to ADP and add value to the client experience. We look forward to building long-lasting relationships with the people of Norfolk and Virginia.

In March 2016, ADP announced its plans to invest $32.25 million to establish a regional customer service center in the City of Norfolk. ADP, which will create more than 1,800 new jobs, will be a marquee company on Norfolk’s corporate roster and undoubtedly help retain and attract a strong workforce. 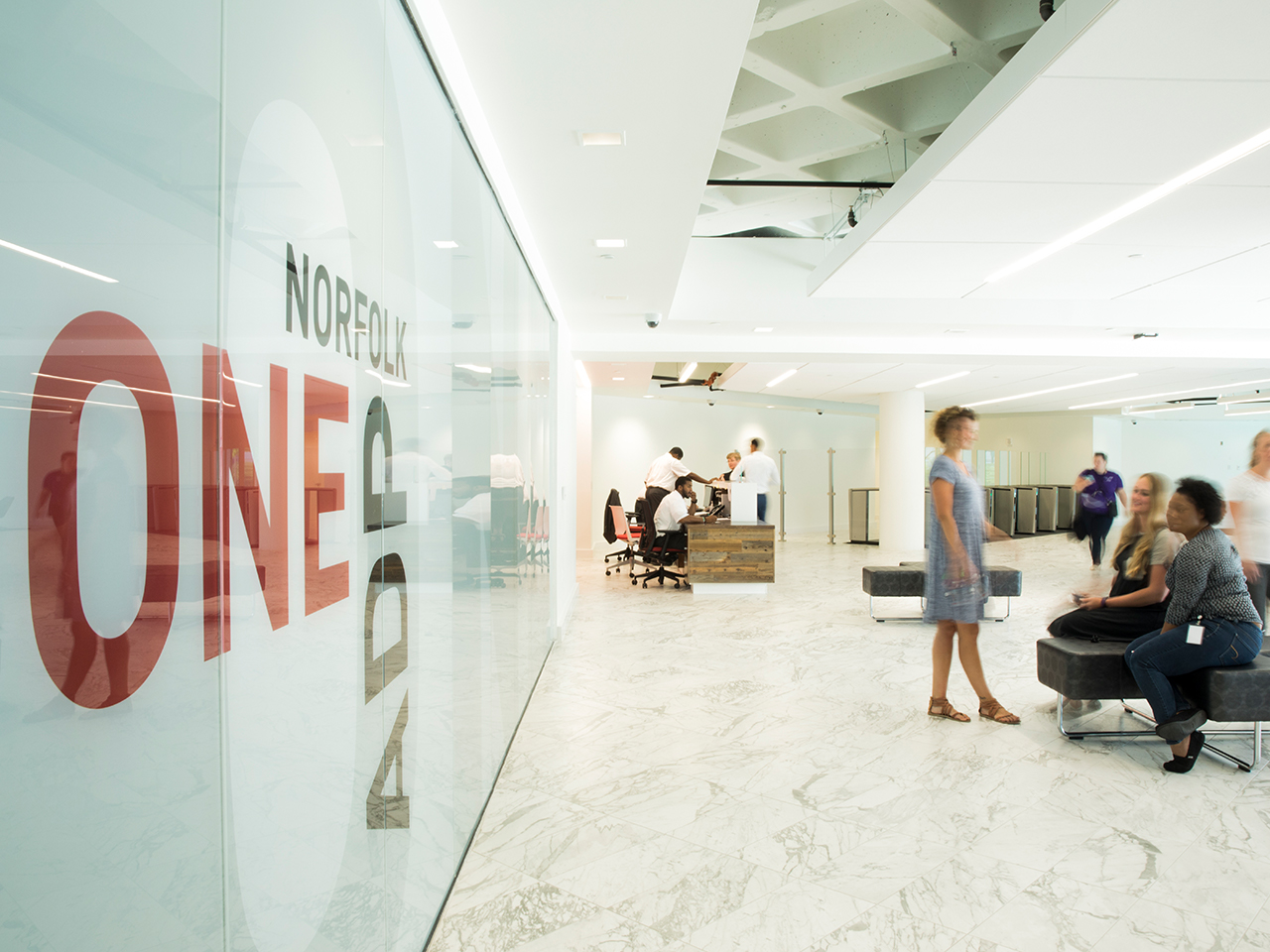 Today, ADP is on track to hire more than 1,800 employees in its new Norfolk office.