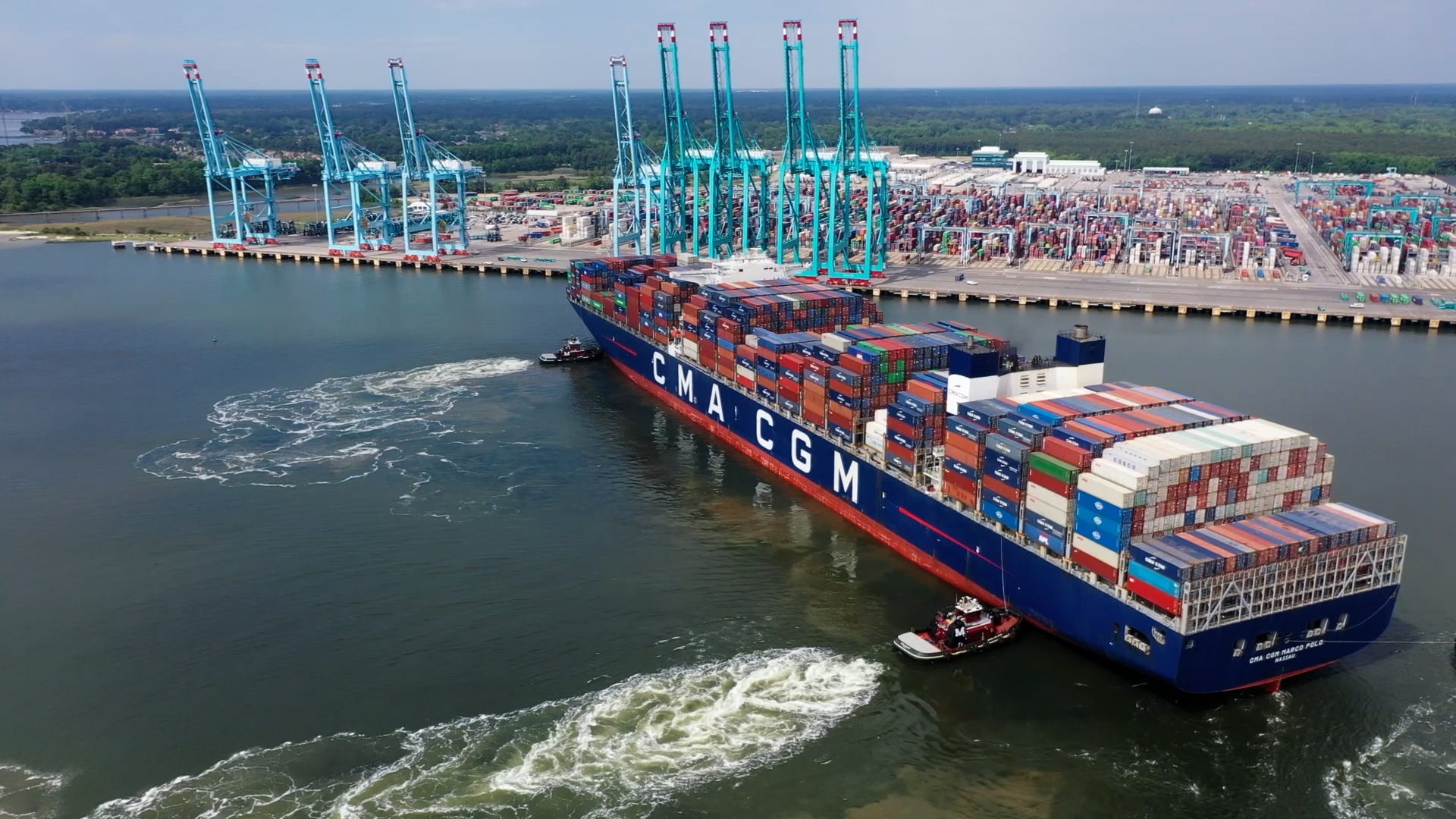 Founded in 1978 in France, the CMA CGM Group is a world leader in shipping and logistics and the nation’s top ocean freight carrier. With $56 billion in revenue, the company operates in 160 countries, has 130,000 employees worldwide, and operates more than 560 vessels moving product through 80% of the world’s ports. CMA CGM employs more than 650 workers at its  U.S. headquarters in Norfolk and is among the top users of The Port of Virginia. CMA CGM handled 22 million twenty-foot equivalent units in 2021 and handles more than 400,000 tons of airfreight and 2.8 million tons of inland freight annually. The company is also a leading provider of logistics services through its subsidiary, CEVA Logistics, and subsidiary American President Lines (APL) operates a fleet of U.S.-flagged vessels and supports U.S. territories and American military stationed around the world.

Due to the company’s continued growth in global coverage and maritime and intermodal services, CMA CGM began evaluating plans in 2020 to either grow its presence in the Hampton Roads region or relocate and expand operations in competing markets in other states, representing a potential loss of more than 650 existing Virginia jobs.

Virginia represents an entry point for domestic and global commerce, offering a strategic East Coast location that enables companies to access major U.S. economic hubs east of the Mississippi River and across the continental United States. The Commonwealth is within a day’s drive of nearly half of American consumers and is especially convenient to the affluent Northeast corridor and the high-growth Southeast. Virginia’s integrated transportation system of highways, railroads, airports, and seaports offers logistical advantages for companies in every industry. These assets influenced CMA CGM’s original decision to establish its U.S. headquarters in Norfolk in 2005.

We always had a strong and long-lasting commitment to the U.S. [Virginia was] an obvious choice for us.

The Port of Virginia, ranked one of the Most Advanced Ports in the U.S. by Global Trade magazine, is served by nearly 30 international shipping line services that offer direct access to more than 90 foreign ports. Six terminals comprise the port and operate on a combined 1,864 acres, including four deep water terminals. As the only East Coast port with authorization for 55-foot channels, The Port of Virginia boasts deep shipping channels, no height restrictions, and double-stack rail service with two Class 1 railroads – enabling it to regularly service 13,000+ TEU (twenty-foot equivalent units) vessels. By 2025, the Port of Virginia will have invested $1.5 billion in modernization and expansion projects, including terminal improvements, dredging, and technology, making it the deepest and widest ship channel anywhere on the East Coast.

As CMA CGM considered expanding its roots again nearly 20 years later, the opportunity to continue a successful partnership with the rapidly expanding Port of Virginia was a key benefit.

Following a competitive site selection search process and incentive negotiations, CMA CGM chose to retain its North American headquarters in Norfolk and expand in Virginia, announcing in February 2021 a $36 million investment and more than 400 new jobs, primarily in customer care and financial services. The company’s plans also included establishing the American hub of ZEBOX, a startup incubator and accelerator in Arlington County that assists innovative startups in developing new technologies for transportation, logistics, mobility, and industry 4.0.

We provide great maritime services to customers both in Virginia and around the world in addition to offering reliable inland transport to America’s heartland utilizing the [Port of Virginia's] excellent rail network.

The scope of CMA CGM’s expansion in Virginia—from its U.S. headquarters and operations in Hampton Roads to ZEBOX America in Arlington County—demonstrates that the Commonwealth’s strategic access to global and domestic markets, transportation infrastructure, world-class port facilities, and commitment to innovation make Virginia a premier business destination.