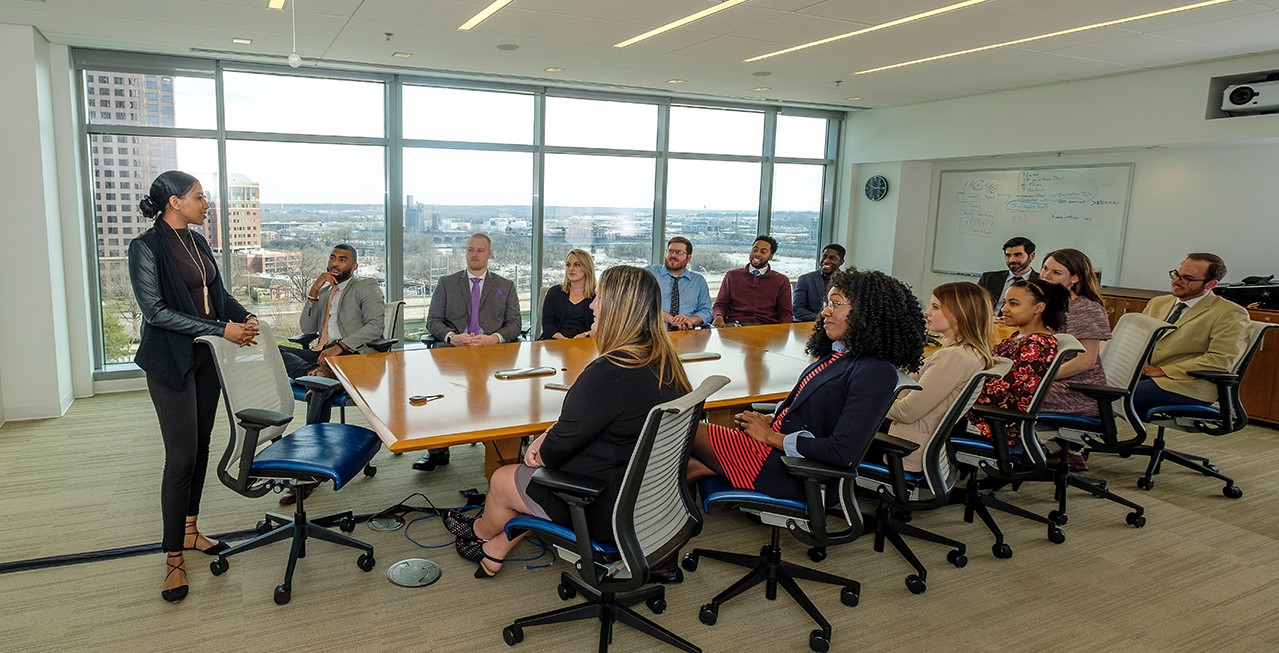 In Search of Talent and Affordability

With its Washington, D.C., headquarters at capacity and major growth plans on the horizon, CoStar Group needed to not only find a new space for its expanding research team, but also a new city – and one with a smaller price tag. The largest real estate data firm in the U.S. wanted a home that will attract new college graduates – the majority of its workforce – and be affordable enough to retain talent. After surveying locations from the East Coast to the Rocky Mountains, CoStar shortlisted Kansas City, Missouri; Charlotte, North Carolina; and Richmond, Virginia.

With a bounty of recent college graduates and a competitive cost of living, the Commonwealth’s capital city checked all the boxes for CoStar’s research headquarters. Home to Virginia Commonwealth University, the University of Richmond, and Virginia Union University, and within a few hours’ drive of some of the nation’s best-ranked colleges – the University of Virginia, William and Mary, and Virginia Tech – Richmond is a magnet for new grads. The Commonwealth is among the most educated states in the nation, with more than 528,000 students enrolled in over 219 campuses of in-state institutions of higher education. As a leading research and technology company, CoStar can directly benefit from Virginia’s highly technical workforce. The company will also benefit from the region’s growing pool of millennials. In 2017, Time magazine reported that Richmond was the No. 2 urban area in the U.S. that millennials (ages 25-34) are moving to.

Nestled along the James River and boasting historic neighborhoods, cobblestone streets, and a nationally acclaimed food and beverage scene that includes more than 20 breweries, Richmond offers small-town charm and the amenities of a big city without the expense and traffic; the cost of living in the region is 5% less than the national average. While skyrocketing housing costs often force 20-somethings to live outside the center of larger cities, Richmonders can afford to live in the heart of the city without giving up the majority of their paychecks, a critical factor for companies like CoStar, which want to retain young college graduates. “Richmond is a compelling place to build a career over a decade or more,” said CoStar Group CEO Andrew Florance. “It’s half the cost and 1/20th the traffic congestion [of Washington, D.C.].”

In addition to renowned quality-of-life assets, Richmond’s central location on the East Coast is easily accessible to a variety of outdoor settings. Beaches, mountains, and the nation’s capital are approximately two hours or less from Richmond, thanks to Interstate 95 and Interstate 64 running directly through the city. Richmond International Airport, located less than 20 minutes from downtown, and two Amtrak stations provide access to the rest of the nation.

Richmond also provides CoStar Group a modern office space right on the James River, home to the only Class III & IV urban rapids in the U.S., set prominently at the forefront of the downtown Richmond skyline. 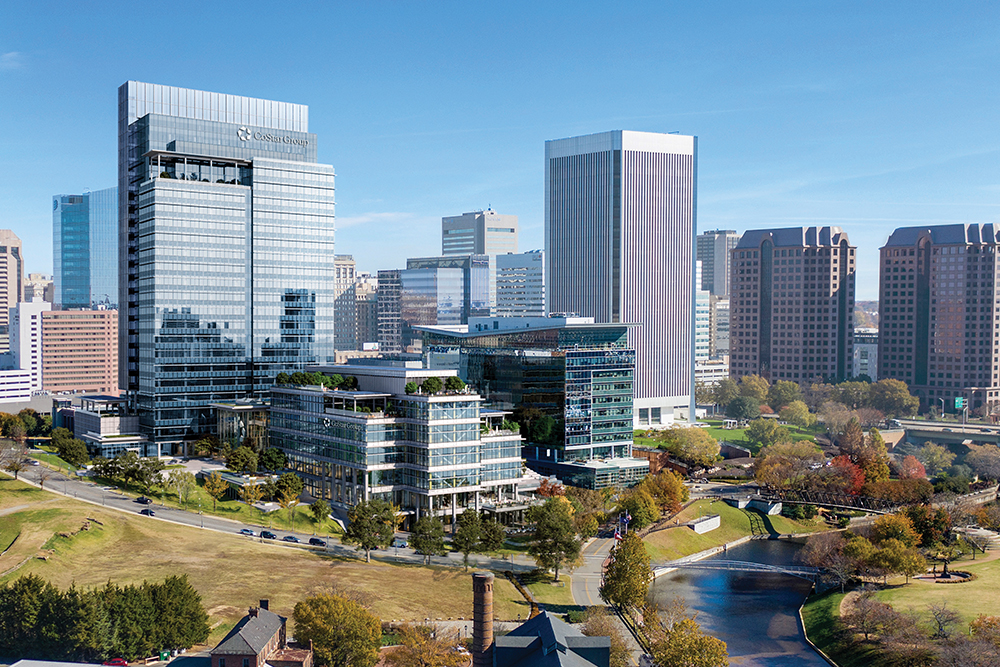 Since establishing its headquarters for research and data analytics in the City of Richmond in 2016, CoStar Group has experienced tremendous success, employing more than 1,000 team members and representing one of the top 25 largest employers in the city. In just five years, the company has developed strong partnerships with the City of Richmond, the Commonwealth, and Virginia’s higher education institutions. These partnerships, combined with Virginia’s robust talent pipeline and Richmond’s quality of life, have fostered an ideal business environment for CoStar to continue its growth in the Commonwealth.

In December 2021, the company announced plans to invest $460 million to establish a Corporate Campus that will include sales, marketing, software development, customer service, and support functions on four acres adjacent to its current facility, creating 2,000 new jobs. The new campus represents approximately 750,000 square feet of new office and retail space and is expected to include a 26-story, LEED Platinum-certified office building and a six-story, multipurpose building to be used as a central location for employee amenities. The multipurpose employee facility is expected to include conference facilities, fitness and wellness, auditorium, and mixed-use retail and restaurant spaces. Once completed, CoStar Group will occupy approximately one million square feet of office space in downtown Richmond.

The Innovation Campus will drive many of the latest research and development efforts for CoStar – focusing on new technology such as drone imagery, 3D visualization, digital imagery, forecasting, machine learning, econometrics, and photogrammetry. CoStar’s partnerships with Virginia higher education institutions will be essential for the company as it continues to lead the digital transformation of the real estate industry.

The ability to create an inclusive, welcoming hub not just for CoStar, but also for the community, was a key tenet in CoStar’s growth plan. Richmond’s location, connectivity, and talent pipeline provided a unique solution for the company’s future. CoStar’s decision to expand its presence in Virginia is a testament to the Commonwealth’s leadership in innovation and exceptional business climate.