Ferguson Looks for Room to Grow

In its 65-year history, Ferguson grew from a small local distributor to the nation’s leading distributor of residential and commercial plumbing supplies and pipe, valves, and fittings. The company established its corporate headquarters in Newport News in the 1950s and has since become a $15 billion company with over 1,400 locations and more than 24,000 employees nationwide. By 2014, Ferguson’s headquarters workforce had swelled to beyond capacity, and more than 1,000 IT and sales operations staff were working from multiple locations. In addition, Ferguson still needed to grow its team by hundreds of employees to keep up with its growth.

With Ferguson’s history and proven track record of success in Hampton Roads, the region had already demonstrated that it could provide the workforce for Ferguson to thrive. While the company initially considered moving operations to other states, Virginia’s talent base proved to be larger and stronger compared to the competition. Next, the Commonwealth needed to guarantee an office fit for a major corporate headquarters.

Newport News had always envisioned a marquee property owner for the fourth quadrant in City Center at Oyster Point, a 52-acre high-density, mixed-use development with retail shops, restaurants, and class-A office space located in the heart of the Peninsula. Given Ferguson’s long history in Virginia and Newport News, the company was the perfect fit.

Ferguson is deeply rooted in the Commonwealth, and we have been proud to call Virginia home for more than 60 years.

The city focused its pitch on the fact that City Center could accommodate the growth and space required by the company, and also advance Ferguson’s efforts to recruit and retain new employees. Newport News knew that high quality of life and access to amenities would be increasingly important to employees evaluating prospective employers, and the prime location in City Center could provide Ferguson’s team access to a number of restaurants and retail and personal services. While many sites would meet Ferguson’s physical space requirements, City Center’s competitive advantage was direct and convenient access to many services and amenities used by company employees daily, ultimately helping the company attract and retain the workforce it needed for continued success. 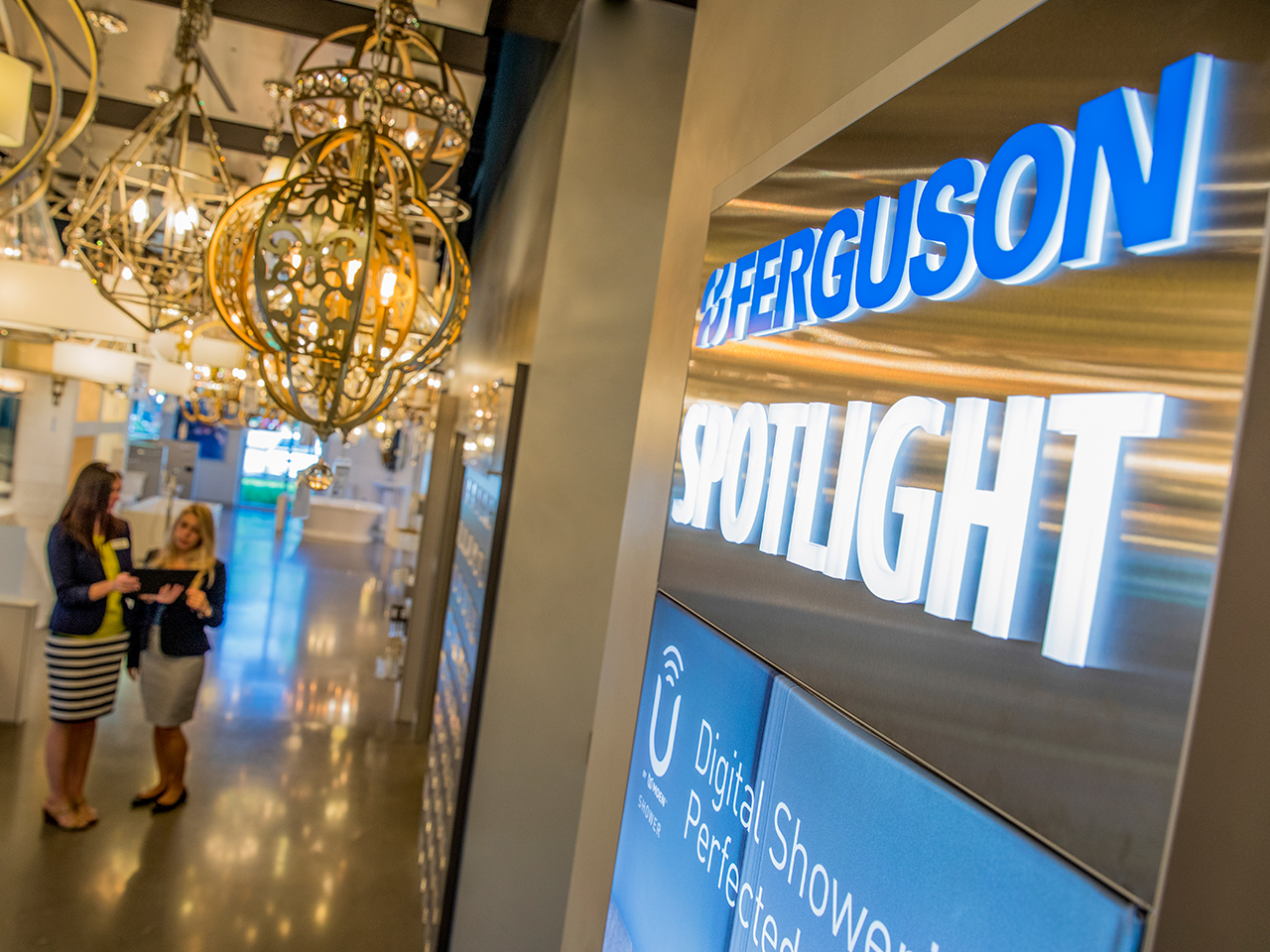 Ferguson Chooses to Expand at Home

In June 2017, Ferguson announced its plans to remain and grow its corporate headquarters in the City of Newport News. The company will invest $82.8 million and create 434 new jobs, while retaining over 1,000 existing positions.

Ferguson broke ground on its future eight-story headquarters in June 2018 at Newport News’ City Center at Oyster Point. The state-of-the-art, 260,000-square-foot facility includes a multilevel glass atrium with meeting and collaboration space, as well as a rooftop terrace-style meeting and event space. The company’s second headquarters campus was completed in November 2020, and around 1,600 associates working in human resources, marketing, e-commerce, information technology, and national sales will report to the new facility in 2021 due to COVID-19.