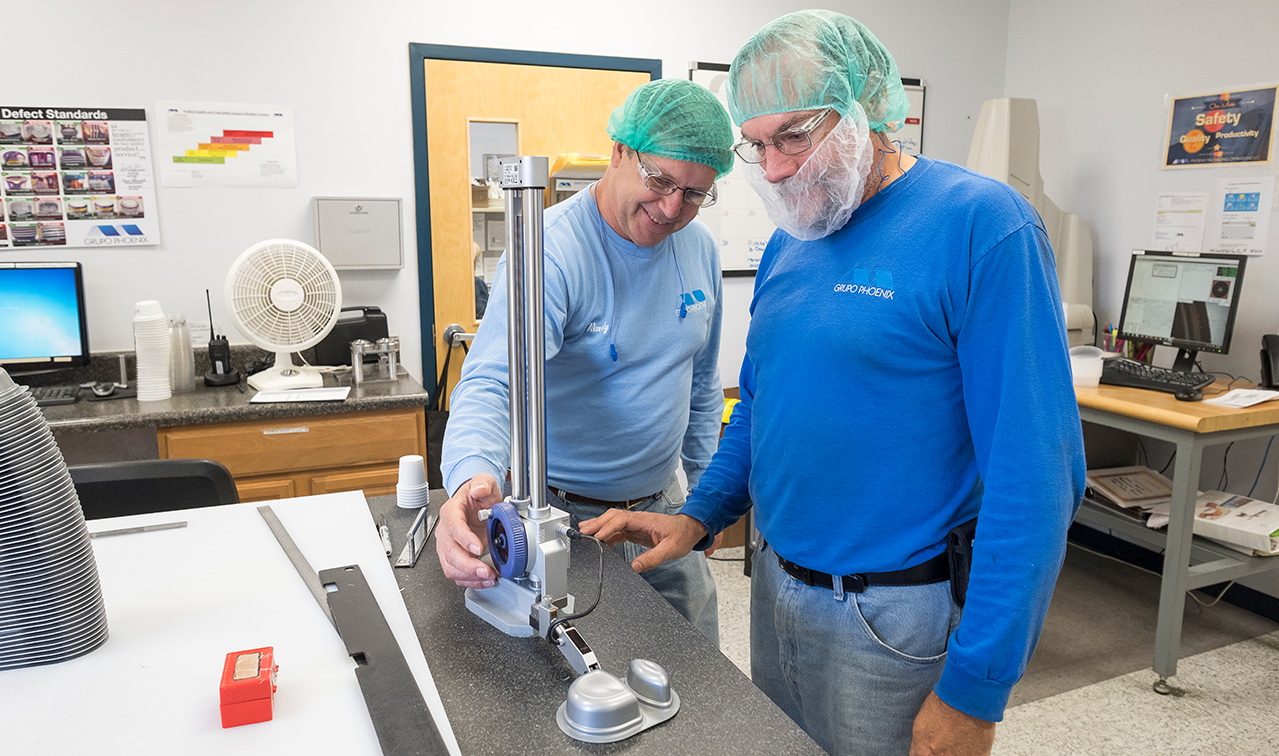 Grupo Phoenix, a global manufacturer of rigid packaging containers, first established its North American headquarters in Pulaski County in May 2010, investing over $20 million and creating 240 jobs. With the long-term goal of penetrating the East Coast market and becoming the gold standard for innovative packaging worldwide, the Colombia-based company anticipated a steady growth curve in Virginia from the start.

Grupo Phoenix expanded twice more in 2011 and 2012, creating an additional 200 jobs and nearly $40 million in capital investment in Pulaski County. The company eventually reached a phase of its strategic plan that required enhanced operations and production, including upgrades to automated production equipment that could service large-scale customers in a greater variety of industries. Grupo Phoenix’s facility in Pulaski County offered a proven track record of success, along with the dedicated workforce and local partnerships to get the job done.

The Sky is the Limit in the Commonwealth

Phoenix Packaging, Grupo Phoenix’s subsidiary in Pulaski County, serves as the headquarters of its North American operations and a gateway into the East Coast market. The company selected the Pulaski County Corporate Park in 2010 for its ready-made sites, accessibility to major interstates such as I-81 and I-77, and available rail transport.

By 2017, Grupo Phoenix was looking to expand once again, and the corporate park offered an additional 250,000 square feet of space to accommodate the company’s next phase of growth. This fact, in combination with the site’s strategic location, made Virginia a strong contender for Grupo Phoenix’s $48.7 million-dollar capital investment.

A Talented and Reliable Workforce

Similar to its site requirements, Grupo Phoenix’s workforce needs have been consistently met since its establishment in Virginia. The company is now the second-largest employer in Pulaski County thanks to the New River Valley’s extended labor force of nearly 400,000, which fuels the region’s vibrant manufacturing industry cluster. From Eldor Corporation to Korona Candles, a wide variety of major manufacturers have thrived with access to the region’s skilled workforce.

Grupo Phoenix’s latest production upgrades required proficiency in robotics, advanced handling and shipping, and various other 21st-century skills. The company enjoyed a close relationship with local educational institutions such as Virginia Tech and New River Community College, where it had sent employees for leadership training and invested in industry-relevant research in the past. Grupo Phoenix counted on this partnership to supply a pipeline of talented graduates across the skills spectrum – from manufacturing to engineering to information technology – and was confident the New River Valley could keep pace with its evolving workforce needs.

The Commonwealth is the destination of choice for industry-leading companies from around the world, with more than 780 internationally-owned companies and subsidiaries from over 40 countries calling Virginia home. These businesses represent more than $6.4 billion in foreign direct investment over the past 10 years.

At the local level, Pulaski County has distinguished itself as a hub for international business as well, boasting a record nine international companies, including Volvo Trucks from Sweden, Korona Candles from Poland, and Red Sun Farms from Mexico. These major employers contribute nearly 5,000 direct jobs in the region and have thrived with access to Pulaski County’s flexible incentive and technical assistance offerings.

Without a cookie-cutter incentives program in place, County administrators and the local Industrial Development Authority were able to work closely with Grupo Phoenix to design a local incentives package and financing options that could meet its unique needs. Pulaski County optimized the lease financing and issued a line of credit to the company to support the construction of the building.

The partners also assisted with processing VISAs through immigration for Grupo Phoenix’s top-level employees and connecting the company to the region’s existing ex-pat community. Their willingness to act as a one-stop shop for Grupo Phoenix made its growth in Virginia more seamless and helped to mitigate many of the challenges facing global companies that expand in the U.S. This enthusiastic support from local, regional, and state partners would prove pivotal to Grupo Phoenix’s decision to grow in Virginia.

In 2017, after a competitive, nationwide search, Grupo Phoenix committed to expanding for the third time at its manufacturing operation in Pulaski County. The $48+ million project included 145 new jobs, bringing the company’s total capital investment since 2010 to $106.2 million and 585 new jobs for the citizens of the New River Valley. Grupo Phoenix’s third expansion and continued investment in Virginia is a strong testament to the wealth of opportunity available to global companies in the New River Valley and the Commonwealth.

Grupo Phoenix evaluated various location options to build upon its future in the United States and chose Virginia due to a variety of factors, including a central location that allows us to be within 400 miles of 80 percent of the U.S. East Coast population; the ability to negotiate electricity at a competitive rate; access to rail transport, which reduces our logistics; a motivated labor force; support from the local colleges and universities to assist us with training specialized technical jobs; and the accessibility and unwavering support of the government to work together within the industry to create jobs.