Shopping for a U.S. Headquarters Location

When global retailer Lidl decided to launch in the United States, disrupting an already competitive grocery market, it operated nearly 10,000 stores in 26 countries throughout Europe. It was looking to establish both a U.S. corporate headquarters and distribution center in close proximity to one another. The ambitious quest for an American home base required a location that offered accessibility, strong market opportunities, and a robust labor pool. Virginia presented Lidl with the best business case to successfully compete.

Virginia’s central location along the Eastern Seaboard is ideal for both a corporate headquarters and distribution operation – set approximately halfway between Maine and Florida, the Commonwealth is within a one-day (11-hour) drive of 47% of the U.S. population, and 75% lives within a two-day drive.

Virginia homed in on two bordering regions to meet Lidl’s needs. Arlington County, located just across the Potomac River from the nation’s capital, boasts one of the country’s most educated populations, over 40 million square feet of office space, and vast regional transit options, as well as close proximity – less than 40 miles – to three international airports. With multiple Fortune 1,000 companies, Arlington County is a hub for headquarters and international companies searching for a U.S. presence that are drawn to the area’s highly educated pipeline of talent. More than 70% of adults in the county have at least a bachelor’s degree, and new graduates from the Commonwealth’s acclaimed higher education system move to the region annually, ensuring a robust, headquarters-caliber workforce – critical for Lidl because the company was looking to hire 500 employees at its headquarters.

With Arlington County in mind for the headquarters, Virginia was confident Spotsylvania County – just 60 miles south of Arlington – would be an ideal location for Lidl’s distribution operation. Intersected by Interstate 95 and just over two hours from The Port of Virginia, the third largest on the U.S. East Coast, the community has long served as a cost-competitive center for commerce and distribution, thanks to its strategic position as a crossroads for highway, rail, and water-based transportation.

Fit for a Headquarters and Distribution Center

In June 2015, after a competitive and exhaustive search, Lidl announced its initial investment of $202 million to establish operations in Virginia. The investment included $77 million for its U.S. corporate headquarters in Arlington County, creating 500 new jobs, as well as $125 million for its regional headquarters and distribution center facility in Spotsylvania County, creating an additional 200 jobs. 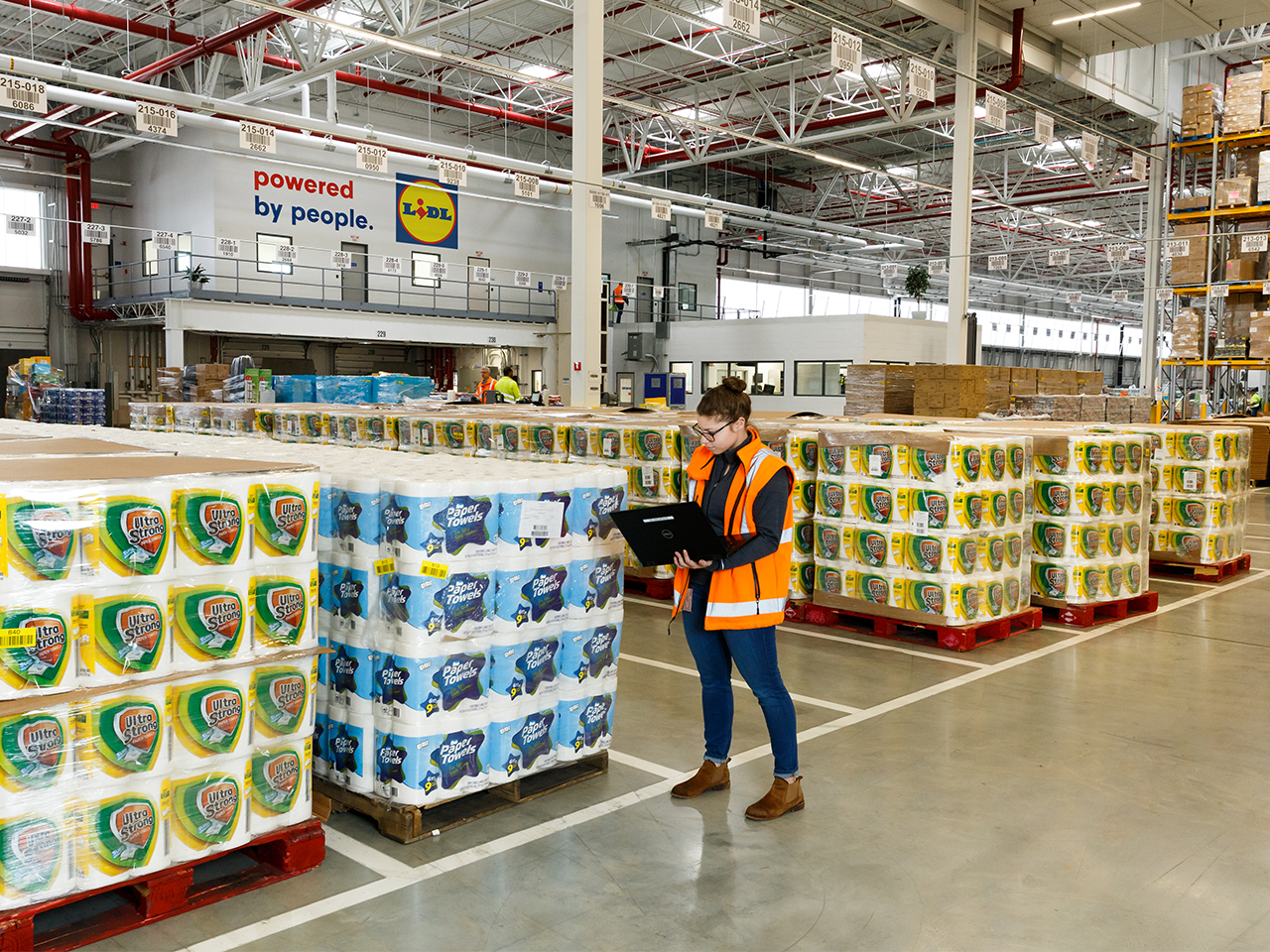 Lidl US has already surpassed its initial investment and jobs commitment. To date, Lidl US has created over 1,500 jobs in the Commonwealth.

Following its 2015 announcement, the retailer created a prototype store in Spotsylvania County and tested its U.S. market strategy there for more than a year. Lidl's Virginia store prototype, which is approximately 36,000 square feet, is over a third larger than Lidl’s largest European stores, served as the standard design for all of Lidl's stores as it launched.

Nearly two years to the day after announcing Virginia as the home of its U.S. operations, Lidl officially opened its first U.S. store in Virginia Beach and Hampton in June 2017. The company, which already employs more than 3,000 along the East Coast, has since opened 50 stores across six East Coast states. Within its first year of operation, prestigious American product competitions had awarded Lidl more than 500 awards for its premium private label products. Lidl was also recognized as the Port of Virginia's Shipper of the Year and Beverage Dynamic's 2018 Retailer of the Year.

WillowTree’s footprint in Charlottesville is an intentional and strategic choice to locate in smaller and rural areas rather than urban tech centers. The company’s success is a true testament to small Virginia metros’ ability to attract and retain top-tier IT companies. WillowTree began exploring possible corporate headquarters sites that could consolidate its rapidly expanding Virginia team in one location

Hershey currently employs more than 1,000 people in the Commonwealth, with the majority located at its Stuarts Draft manufacturing facility. The plant plays a critical role in the company’s growth and the production and delivery of its products to global consumers, so when Hershey began its site selection process, of course Virginia was in the running.