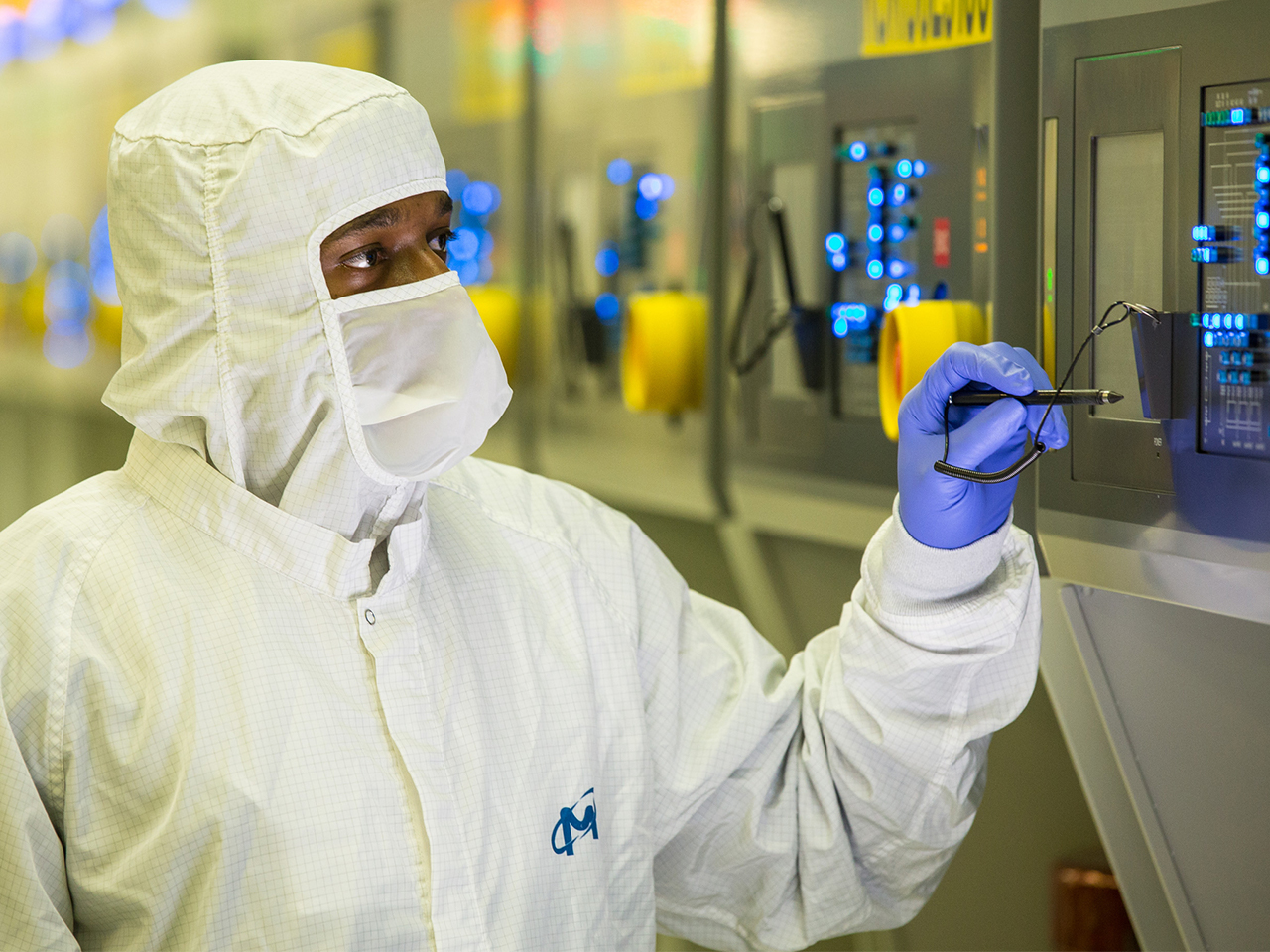 Micron Technology, Inc., is an industry leader in memory solutions and instrumental to the world’s most significant technology advancements. As a company at the forefront of tech innovation, Micron realized the acute need to expand memory production in response to growing demand for autonomous vehicles and Advanced Driver Assistance Systems (ADAS).

In 2017, Micron began its search in the United States and abroad for real estate to house its vision for a state-of-the-art fabrication facility with research and development capabilities. At the top of the company’s must-have list were sufficient water and electrical capacity and a robust IT workforce that could keep pace with Micron’s ever-evolving footprint.

Micron has manufactured semiconductors at its operation in the City of Manassas since 2002, so the company has first-hand knowledge of Virginia’s business assets and world-class IT infrastructure. The Commonwealth was in the running for Micron’s major project, but winning would require an extremely competitive proposal.

State and local officials began conversations with Micron early in its decision-making process to ensure that the City of Manassas stood out from national and international competitors. With a vision for a state-of-the-art fabrication facility with research and development capabilities focusing on advanced technologies such as unmanned and autonomous vehicles and the Internet of Things (IoT), the new project — slated to employ approximately 100 product engineers — would require a robust pipeline of IT talent to fuel innovation. Virginia Tech and other Virginia universities began collaborating with Micron on new sponsored research opportunities in engineering technology to complement the region’s existing engineering programs.

The Commonwealth’s advanced materials manufacturers employ over 22,000 Virginians, many of whom are trained at the notable higher education institutions in Northern Virginia, including George Mason University and Northern Virginia Community College. Thanks to the company’s roots in the region, Micron leadership was confident they could count on this network for a steady supply of top-tier talent.

The Micron facility in Manassas has undergone numerous expansions since its establishment, but due to the incredible scale of the $3 billion expansion, it did not have sufficient water or electrical capacity for the projected increase in load. The City of Manassas and its utility partners committed to undertaking significant capital improvements to the water, wastewater, and electric infrastructure to guarantee that the site could accommodate the record-breaking project.

In August 2018, Micron announced that it would invest $3 billion to increase memory production at its facility in the City of Manassas, creating 1,100 new jobs by 2030. Representing Virginia’s largest capital investment in modern history, the project will position the Commonwealth as a leader in unmanned systems and the IoT.

The Manassas site is Micron’s Center of Excellence for long-lifecycle products and cements the company’s standing as one of Virginia’s largest exporters, as it is expected to increase exports from the Commonwealth by more than $1 billion annually.

Micron’s Manassas site manufactures our long-lifecycle products that are built using our mature process technologies, and primarily sold into the automotive, networking and industrial markets. These products support a diverse set of applications such as industrial automation, drones, the IoT (Internet of Things) and in-vehicle experience applications for automotive. This business delivers strong profitability and stable, growing free cash flow. Micron is grateful for the extensive engagement of state and local officials since early this year to help bring our Manassas expansion to fruition. We are excited to increase our commitment to the community through the creation of new highly skilled jobs, expanded facilities and education initiatives.

As part of this expansion, Micron’s global research development center for memory and storage solutions is primarily focused on the automotive, industrial, and networking markets, and includes laboratories, test equipment, and approximately 100 product engineers focused on unmanned and autonomous automotive systems, the IoT, and other industrial and networking applications. Additionally, the company announced that the Micron Foundation, the company’s philanthropic organization, is committing $1 million toward growing the next generation of scientists, engineers, and technicians at several Virginia universities and community colleges.

Micron officially started construction at the 123-acre property in November 2018, and the new building was completed at the end of 2019. By late 2020, equipment will be in place and operations will commence. The Manassas site currently employs more than 1,700 people, and 1,100 jobs will be added in the next decade.

This historic project is a powerful testament to Virginia’s ability to compete on a global level and will put Micron, and the Commonwealth, on the map for breakthroughs in driverless vehicle technology and innovation.