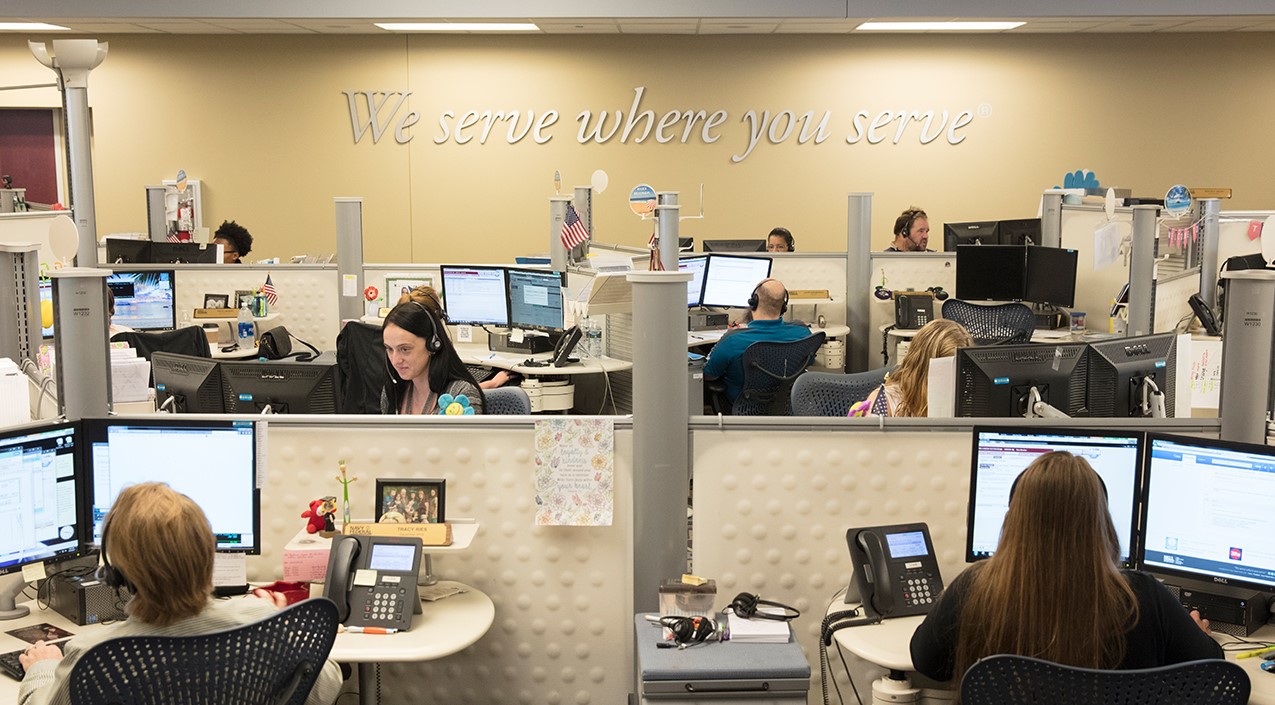 Due to Navy Federal Credit Union’s (NFCU) growing customer base and a mission to provide exceptional customer service, the world’s largest credit union needed to increase its workforce to meet current and future demand in a location that could accommodate major growth. When it set out to significantly expand support services operations in 2016, the Virginia-headquartered company hoped to select one of its existing campuses since NFCU also saw this expansion as an opportunity to provide career advancement pathways for current employees.

With an operation of 5,000 employees in Florida competing against Virginia, it was critical to highlight the success of Navy Federal’s Frederick County location that boasted a thriving 1,400-person workforce. An additional site location factor: the company’s short project timeline would require an expedited permitting process.

NFCU first established its support services facility in Frederick County in 2006 in a 50,000-square-foot building. It expanded the operation in 2008 and again in 2012 to 106,000 square feet. The following year, NFCU began construction on Building 2, adding 600 more employees. In just over 10 years, the company went from 60 team members to more than 1,400, proving the area’s ability to successfully attract and retain talent. As one of the largest employers in the region and with a reputation as one of the nation’s best companies to work for, Navy Federal employees continue to demonstrate commitment to the Winchester operation.

Frederick County’s fast-track permitting also appealed to NFCU’s demanding timeline. The county’s parallel tracking system was specifically created to expedite the timetable between plan review and commencement of construction, which would allow Navy Federal to begin the expansion quickly and meet schedule requirements.

Our mission is simple, deliver the best possible service to our members, and the ongoing expansion of Navy Federal in Frederick County is allowing us to do just that. We have built a team here with an amazing culture that is truly devoted to serving members of our armed forces and their families. As we expand, we will continue to bring on team members from this amazing community that embody the member-focused culture.

Virginia is for Growth

In January 2017, Navy Federal announced plans to invest $100 million to expand its Winchester Operations Center in Virginia, nearly doubling the company’s employee count and physical square footage. The newest facility is 240,000 square feet and includes a 1,500-space, five-story parking garage. The campus offers amenities like gyms, cafes, a wellness center with access to a personal trainer, and a beautiful walking trail.

Since purchasing its first 50,000-square-foot building in 2004, Navy Federal has grown its Frederick County presence to include three buildings, more than 2,500 team members, and is a marquee corporate partner that reinforces the advantages of a Virginia location.